The Secretariat comprises a small team of committed staff who apply their knowledge and expertise to execute the IFACCA Strategy and meet its objectives, manage programmes and services, and ensure the smooth administration of the organisation. The Secretariat maintains a comprehensive overview of the international arts and culture landscape and serves as the central hub for the Federation. It nurtures relationships with – and between – members and creates trusted, confidential and informal spaces for collegial exchange. It designs and delivers programmes and resources that respond to members’ needs. And it provides members with trusted advisory services, informed by its unique bird’s-eye perspective. In addition, the Secretariat maintains relationships with international experts; partners with key organisations to extend the influence of the Federation; and regularly participates in international forums to lead global thought on arts and culture, profile the role of public agencies, and raise awareness of concerns shared by members and the sectors they support.

Magdalena became Executive Director of IFACCA in August 2017, having first joined the organisation as Deputy Director in 2014. Currently, she is also a member of the UNESCO’s Expert Facility Group 2019-2022 to support the implementation of the 2005 Convention. She is the author of the chapter, Building resilient and sustainable cultural and creative sectors in the 2022 UNESCO Global Report, Re|Shaping Policies for Creativity – Addressing culture as a global public good.

Prior to this, Magdalena was Head of International Affairs at the National Council for Culture and the Arts, Chile (CNCA) and international ministerial adviser. In this role, she oversaw international arts and cultural strategy; served as Programme Director of the 6th World Summit on Arts and Culture (Santiago, 2014); delivered Chile’s participation in three Venice Biennales; served on the Board of Fundación Imagen de Chile; and represented Chile on the IFACCA Board (2012-2014).

Before this Magdalena was based in Australia, where she was CEO of Kultour, the national peak body supporting cultural diversity in the arts (2008-2011); a member of the National Cultural Policy Taskforce for Creative Australia; and led an international initiative to strengthen south-south dialogue (The South Project, 2004-2008). She holds a Bachelor of Arts from the University of Melbourne; is an alumna of the Asialink Leaders Program (2008) and the Australia Council for the Arts' Emerging Leaders Program (2010); has served on several Boards, including for Diversity Arts Australia (2016-2018).

Anupama joined the Secretariat in late November 2021 as Director of Policy and Engagement. She is an arts manager specialising in transnational cultural co-operation. Currently, she is a member of the Panel of Experts for UNESCO’s International Fund for Cultural Diversity.  She is a Board Member of ArtsEquator, which promotes critical writing about arts practice in south-east Asia, and the curator of the South-South Arts Fellowships 2022.

Between 2015 and 2022, Anupama was a member of the UNESCO Expert Facility for the 2005 Convention on the Protection and Promotion of the Diversity of Cultural Expressions. In this capacity, she has undertaken missions to Bangladesh, Indonesia, Lao PDR, Myanmar and the Philippines. Most recently, she authored the chapter, Re-imagining Mobility for Artists and Cultural Professionals in the UNESCO Global Report 2022, Re|Shaping Policies for Creativity - Addressing culture as a global public good. Previously, Anupama worked at the Asia-Europe Foundation (ASEF), where she was Director for Culture from 2015-2021.

Anupama is a trained dancer in the Indian classical style of Bharatnatyam. She is currently based in Dubai, United Arab Emirates.

Kate joined the Secretariat as Operations Manager in June 2021. Prior to this, Kate was the Program Director at Craft ACT: Craft and Design Centre in Canberra from 2016 to 2021, where she was involved in all aspects of the organisation, with a specific focus on delivery of the annual DESIGN Canberra festival.

In addition to her arts management experience, Kate is also a practicing glass artist. She is an active member of the national and international glass community, having served on the board of the Australian Association of Glass Artists (Ausglass) between 2015 and 2020, including as President from 2017 to 2020, playing a key role in the delivery of four national conferences. Prior to working in the arts, Kate’s background was in Human Resources in Sydney and Canberra, including recruitment, outplacement and account management.

Kate holds a BA Hons in Sociology from the University of Canterbury, New Zealand (2002) and a BVA Hons in Glass from the Australian National University (2013). 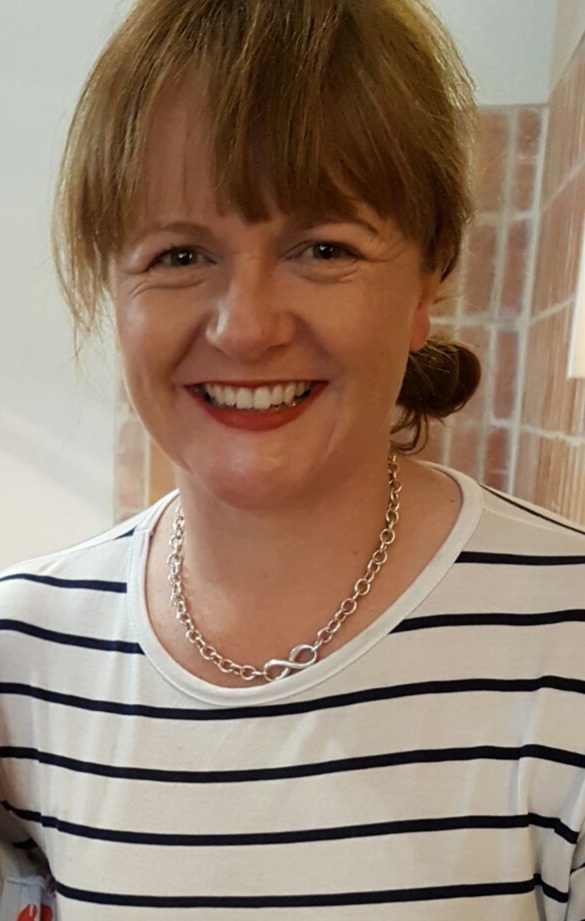 Sarah Bond is an experienced cultural leader who has engaged with the Australian arts sector for over 20 years. In 2018, Sarah launched Ho Ho Projects, an arts focused consulting agency, specialising in project management solutions, with a focus on research, mentoring, curating, international logistics, policy development and financial management.

Elena joined IFACCA in June 2022 as Senior Researcher. Prior to this, she was Head of Policy and Research and Communication and Policy Manager at the International network for contemporary performing arts (IETM), where she developed and implemented the organisation’s advocacy strategies and research programmes and wrote and edited several publications.

Elena was one of the co-initiators and a project manager of Perform Europe and, from 2016 to 2019, she was engaged in communication and advocacy activities of the European Alliance for Culture and the Arts, an initiative of 37 European networks advocating for culture at the EU level.

Elena was also Board member at Culture Action Europe and worked as an Independent Consultant at UNESCO. She holds a Diploma in EU non-profit advocacy and negotiation and a Master’s degree in European Studies (Université libre de Bruxelles) and International Relations (Tomsk State University). Elena also graduated from a visual art and dance school.

Francisca is a Chilean social researcher and architect, based in Canberra. In addition to her role at IFACCA, Francisca  works at the Australian National University in the School of Sociology on research involving computational social science methods and quantitative analysis. She has also worked on data analytics research and software development for the technology sector.

When she was based in Chile, Francisca participated in a number of projects, including as a field researcher for the Web Index study in 2013; as part of the research and strategy team that designed the Chile Pavilion at the Guadalajara Book Fair; and as a reviser architect for the Ministry of Health to develop a review framework for a public hospital and using social methods for managing stakeholder expectations and legislative measures. She also has extensive experience in architecture and interior design.

Francisca has a great passion for music, having hosted a show about Latin American music on local community radio.

Diane Dodd is a Regional Adviser for IFACCA, having supported the coordination of the European Chapter of IFACCA for more than 10 years. In addition to her work with IFACCA she is President and co-Founder of IGCAT (International Institute of Gastronomy, Culture, Arts and Tourism) and she leads an MA course in Cultural Institutions and Policies for the International University of Catalonia in Barcelona as well as an MA course on Events and Destination management for EUHTSTPol. Diane has worked in the cultural policy and management field for over 25 years and maintains relations with a number of important global and European institutions including UNESCO, UNWTO, European Commission, OEI, Commonwealth Foundation, Asia-Europe Foundation and many others. Earlier in her career she helped IFACCA create ConnectCP – an international online database of experts on cultural policy, planning and research which gave international networking opportunities to more than 1,200 experts from 128 countries. She has edited a number of books in the field of cultural policy and cultural management on subjects related to cultural management training, youth culture, eCulture, cultural citizenship and cultural tourism.